From Battlefields to Backyards: What We've Learned from Combat Care

A repercussion of war is that it causes physical, psychological and emotional harm to people, so it's no surprise that many advances in trauma care stem from research done on the battlefield.

Since the advent of modern out-of-hospital care in the U.S., EMS providers have benefited from lessons learned from wars fought in Korea and Vietnam, to Iraq and Afghanistan.

In today's society, penetrating injuries from firearms — and perhaps more ominously, blast injuries from bombs and explosions, — has made the rapid, accurate assessment and treatment by prehospital personnel critical in the successful outcome of patients who are inflicted by those injuries.

The medical response to the 2013 Boston Marathon bombing made it clear that the quick actions of EMS providers, trained first-aid personnel and bystanders in the first few minutes after the explosion likely saved many lives. Given that time to intervention on hemorrhage and airway control is critical, the role the EMS responder plays during an active shooter event has changed.

The Department of Homeland Security (DHS) released a document in 2013 that recommends a more active EMS support role.[1] Rather than waiting in a cold zone, EMS providers should follow the progress of law enforcement officers as they enter the scene and clear rooms and hallways. When operating in these "warm zones" EMS providers should control any major bleeding immediately and evacuate the victims back to a cold zone as quickly as possible.

It is estimated that 100,000 American citizens are shot each year2. In 2010, more than 11,000 people were murdered by firearms3. A 2013 study showed that 7500 children were injured by gunfire annually, with 500 dying from their wounds4. The majority of firearm injuries result from handguns.

The forces generated by a firearm bullet cause two injury patterns.

The first is the direct injury caused by the path of the bullet. As it passes through the skin and enters the body, it injures organs and tissues, causing bleeding. It also creates temporary or permanent openings in the body, which can allow air to pass into cavities such as the chest and abdomen.

The second injury is caused by a pressure wave as the bullet passes through tissue. The pressure injures tissues near the projectile's path of travel, causing a greater area of destruction than just the path of the bullet itself.

In an explosion, there is an extremely rapid release of energy, usually in the form of heat and gases. If the explosion is great enough, the air surrounding the immediate blast location is compressed and pushed outwards in all directions, causing a shock wave. The combination of the blast and shock wave can cause significant damage as structures fall apart or even collapse, and shrapnel flies through the air.

The human body is not well protected from a shock wave at close range. Solid organs are compressed and bleed, while air-filled organs such as the lungs expand from the pressure, causing them to rupture.

Flying shrapnel can cause a combination of both blunt and penetrating trauma. The force of the explosion can throw a person several feet, resulting in injuries similar to a high-speed fall. If the victim is close enough to the explosion, he or she may also experience thermal burns to the body's exterior as well as to the airway.

The incidence of bombing, or intentionally creating a device designed to explode and injure or kill people, is not a rare occurrence in the United States. According to the Bureau of Alcohol, Tobacco, Firearms and Explosives (ATF) U.S. Bomb Data Center, there were over 4000 explosive incidents in 2012, which resulted in 37 injuries and 1 death5.

Both military and civilian studies have shown that the number one cause of preventable trauma death is uncontrolled bleeding6,7,8. One of the greatest priorities in trauma care is to control massive bleeding immediately.

The re-emergence of tourniquets began in the Iraq and Afghanistan war theaters, with a major reduction of exsanguination deaths noted. Tourniquet devices such as a Combat Application Tourniquet (CAT) can be rapidly applied to staunch extremity bleeding.

There are also other devices in development to control major bleeding. Innovative Trauma Care's ITClamp is designed to pull the open edges of a large wound together, causing blood to pool and clot rapidly to control bleeding.

Hemostatic agents use various chemical reactions to promote rapid coagulation and clotting at the injury site. Originally in a powder form that was poured into a wound, recent iterations from QuikClot, HemCon and Celox use compression-style bandages impregnated with the hemostatic agent that can be quickly applied to the wound site.

Both penetrating and blunt trauma mechanism cause a variety of injuries within the chest cavity. While most can be managed in the prehospital arena with noninvasive procedures, some require the skills of an ALS provider.

A pneumothorax is simply air found within the chest cavity. In trauma, the air is introduced either by an opening through the thoracic wall, or a rupture of the lung from overpressurization.

This reduces the efficiency of the chest cavity to produce negative or positive pressure during breathing. The affected lung might partially collapse, causing lung sounds to diminish over that side during auscultation.

However, in most circumstances the loss is so small that lung sounds remain equal. Meanwhile, the patient is likely to be breathing faster or deeper to compensate for the loss of lung. Treatment is to monitor the patient's oxygen saturation levels and provide supplemental oxygen when SpO2 falls below 94 percent.

If air enters to thoracic cavity but can't escape, positive pressure can build and cause serious trouble. An air pocket literally develops and grows with each breath of the patient. Left unchecked, a tension pneumothorax will create significant pressure against the lung, causing it to collapse.

This worsens gas exchange, causing the patient to breathe faster and deeper, which in turn can worsen the tension. It also causes cardiac output to decrease, as the pressure squeezes against the heart and great vessels. The patient becomes hypotensive, which in turn affects major organs like the skin and brain. The patient then becomes altered and eventually unresponsive, while the skin becomes cool, pale and diaphoretic.

The excessive pressure can be relieved with a long, large bore catheter that is inserted into the chest cavity, a procedure known as needle decompression or needle thoracostomy.

Open chest wounds will introduce air into the chest cavity quickly, causing a major pneumothorax. If the hole is large enough, you might actually hear air entering and exiting, making a sucking sound. These wounds should be sealed immediately; consider using the palm of your gloved hand to seal the site temporarily while others prepare some type of occlusive dressing. Petroleum-impregnated gauze, or plastic wrap, can be used to prevent air from entering the wound.

Tape occlusive dressings are held in place by tape on three sides. The fourth side is left untaped to allow unintended air build-up to escape the chest. Devices such as a SAM chest seal are designed to allow that air to escape during exhalation, and seal shut during inspiration to prevent air from entering.

Blunt chest trauma mechanisms can cause multiple ribs to fracture in multiple places, causing a flail chest injury. In theory, if two or more ribs are fractured in two or more places, that segment of the ribcage will "float" and not move with the rest of the ribcage. That will in turn reduce the ability of the chest to move air in and out of the lung underneath.

In reality, most flail segments are "self-splinted" by the patient's thoracic and intercostal muscles, holding it in place and causing the segment to rise and fall with the rest of the chest. EMS providers may see a flail segment develop over time as the muscles tire and the splinting effect decreases.

Treatment of a flail segment is supportive. The use of bulky dressings to "stabilize" a flail segment has not been shown to be effective. ALS providers can administer analgesics to reduce the pain associated with the fractured ribs, which can improve breathing ability.

In situations where the flail segment is truly floating and causing poor tidal volume, positive pressure ventilation with a bag valve mask should compensate for the loss.

Decreasing the need for spinal immobilization

There have been several studies over the past decade that de-emphasize the use of spinal immobilization in trauma patients9,10,11.

Specific to penetrating trauma, there is no evidence to support the use of spinal precautions unless the patient shows signs of neurologic impairment12. Considering the difficulty of managing a bloody airway in someone who has been shot in the face or neck, and the time it takes to properly apply the technique, unnecessary spinal precautions has the potential to worsen outcomes rather than improve them.

While there is debate as to what the optimal time interval spent on the scene of a serious traumatic injury should be, the standard of care continues to be the "platinum" ten minutes13. There are two points embedded within that standard:

1. Provide only the most essential care on scene. In the vast majority of cases involving penetrating trauma, this means bleeding and airway control at the basic level. Do not delay transport to a trauma center with unnecessary procedures.

2. Scene coordination is critical. The prehospital team must work together to extricate the patient and prepare him for transport. Each team member has a role to play and a task to perform. The team leader's role is to ensure that the team's actions are seamless and focused on getting enroute to the trauma center. 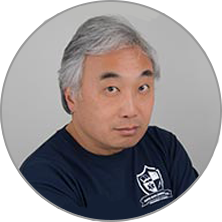 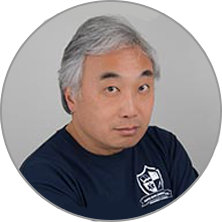