Trauma and the Military Medic

It was a cool April morning in eastern Afghanistan. The sun was just cresting over the mountains that surrounded Bagram Airfield, where my Army medical evacuation (MEDEVAC) unit was stationed. My four-person crew was preparing for our morning run-up procedures in our medical Blackhawk helicopter. Before we could even get strapped in, our radios came to life. "MEDEVAC, MEDEVAC, MEDEVAC." My flight medic ran to our operations center and received the distress call, known to us as a "9-line": a U.S. Soldier in a ground convoy had been severely injured in an IED blast just to the north of our airfield.

We were airborne within 15 minutes, cruising at 150 mph towards the wounded soldier. As soon as we touched down in the field next to the destroyed Mine-Resistant Ambush Protected (MRAP) vehicle, the ground combat medic ran up to the helicopter and gave a brief patient handoff to our flight medic. Within a minute, the patient was secured and we lifted off for the Combat Support Hospital (CSH) located at Bagram Airfield.

As the patient report had indicated, the soldier was seriously wounded. He had sustained bilateral leg amputations distal to the patella and a traumatic amputation of the left arm distal to the elbow. The ground medic suspected that the patient may have suffered a tension pneumothorax. This lethal condition is especially problematic in the back of a helicopter simply due to the ambient noise associated with the twin turbine engines. The use of a normal stethoscope to auscultate breath sounds or heart tones is impossible. My flight medic would need to rely on his clinical skills to treat this patient.

The ground medic had applied one tourniquet and two pressure dressings with hemostatic gauze to the wounds prior to our arrival. Once we were airborne, my flight medic was the sole health care professional in the rear of the aircraft. He immediately confirmed the efficacy of the first tourniquet and then rapidly applied two additional tourniquets, which controlled the three extremity hemorrhages effectively.

Based on the clinical presentation, the flight medic also inserted a 14-gauge catheter into the patient’s left chest to decompress the suspected pneumothorax. The patient’s vital signs improved and ventilation compliance via bag-valve mask improved. The flight medic elected to use an intraosseous infusion device to gain vascular access and initiate fluid resuscitation. He chose the proximal humerus as his insertion site. With a patent airway, all hemorrhage controlled, and a stabilizing blood pressure, this wounded U.S. Soldier was transferred to the highly skilled surgical team for definitive treatment.

Lessons for medics
Stories like these are not uncommon. Neither is the excellent pre-hospital medical care that is available to every U.S. military servicemember and our allies. Since the armed conflicts in Korea and Vietnam, there have been remarkable advances in combat casualty care, from the re-emergence of the tourniquet to the use of advanced cardiac monitors and defibrillators for critical patients. Every conflict the United States has been involved with has either led to the development of new technologies or the improvement of an existing product to better serve the end-user.

The primary threat to servicemembers in Iraq and Afghanistan is the Improvised Explosive Device, or more commonly refer to as the IED. These devices are the leading cause of death for servicemembers, primarily due to the multi-system trauma that is inflicted on their victims. Fortunately, advances in both medical care and personal protective equipment are aiding in our fight to lower these casualty numbers.

Approximately 70% of all battlefield injuries are to the extremities. This can be attributed to the better protection offered by a service member’s vehicle as well as their body armor. However, while their core might be protected, extremity injuries can be just as lethal due to uncontrolled hemorrhage.

Every combat and flight medic is acutely aware that uncontrolled hemorrhage is the leading cause of preventable death on the battlefield. This was especially true in Korea and Vietnam, when pressure dressings were considered the standard of care. In Iraq and Afghanistan, however, wounds from IEDs are often too complex to be managed by a "normal" pressure dressing or may occur in an area where pressure cannot be applied, such as posterior to the clavicle or in the pelvis.

In today’s Army, every soldier carries and is trained on the use of a tourniquet. Some tourniquets can even be applied on yourself, by yourself. For example, a soldier sustains a GSW to the leg that causes arterial bleeding. The firefight is still ongoing. Instead of applying pressure and waiting the traditional 5-12 minutes for the bleeding to cease, this Soldier can simply apply the tourniquet and have immediate hemorrhage control without any type of assistance. This Soldier is now back in the fight, preserving the combat power.

Hemostatic agents have also had a major impact on battlefield care. When they were first introduced for military use, they had the unpleasant side effect of producing extreme heat to the point of causing additional damage to the injured tissue. Today, both ground and flight medics in the Army use a hemostatic agent that does not generate heat. It can provide temporary control of hemorrhage from complex injuries that are inappropriate for tourniquet usage, such as a groin or abdominal wound. The hemostatic agent is simple to use and simple to remove. Simplicity is key when engaged in a firefight or while working in the back of a pitch-black aircraft in flight.

Tension pneumothorax is the second leading cause of preventable death and can be a challenge to diagnose in the field or the back of a helicopter. Combat and flight medics are trained to perform needle decompression of the chest, when indicated. Flight medics are further trained in chest tube management, often having to transport critical care patients with a chest tube device.

As the highest level of medical and surgical care for eastern Afghanistan, our primary mission was critical care patient transfers from the outlying combat outposts (COPs) and forward operating bases (FOBs). Most commonly, these wounded warriors were not the typical interfacility transfer patients. They would be intubated on a vent, sedated, paralyzed, on three or more drips with two or three chest tubes. Appropriate management of the ventilator was usually routine, but simultaneous management of multiple drips, multiple chest tubes, and post-op hemorrhage can be a bit more challenging.

However, we had some of the best equipment that Uncle Sam could buy. As the lone medical professional in the back of the helicopter, these tools allowed us to provide the highest level of care possible in one of the most austere and dangerous areas of the world.

Medical and trauma care within the U.S. Armed Forces has grown tremendously, offering new treatment modalities that result in an overall reduction of morbidity and mortality. As pre-hospital care providers in a combat environment, these advances have allowed our troops to attempt and complete more complex missions than ever before, thanks in part to the knowledge that a mobile intensive care platform, in the form of a MEDEVAC Blackhawk helicopter, is only a radio call away.

The views and opinions expressed here are those of the individual and do not necessarily reflect those of the U.S. Army or the Department of Defense. 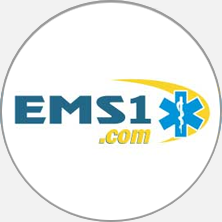 Mike is currently stationed at Fort Drum, NY with Charlie Company, 3-10 AVN, Mountain DUSTOFF as an Aeromedical Evacuation Officer/Pilot. He flies the UH-60A+ Blackhawk, an air ambulance helicopter that is designed for rapid extrication and transportation of injured troops. He is a Certified Healthcare Safety Professional (CHSP) and a Certified Hazard Control Manager (CHCM). In the civilian world, Mike has worked in Alabama, Florida and New York as a paramedic/critical care paramedic for a variety of ALS transport agencies. He holds NREMT-P and CCEMT-P certificates as well as BCLS/ACLS/PALS instructor certificates from the AHA, and is a doctoral candidate in public health.

Mike is currently stationed at Fort Drum, NY with Charlie Company, 3-10 AVN, Mountain DUSTOFF as an Aeromedical Evacuation Officer/Pilot. He flies the UH-60A+ Blackhawk, an air ambulance helicopter that is designed for rapid extrication and transportation of injured troops. He is a Certified Healthcare Safety Professional (CHSP) and a Certified Hazard Control Manager (CHCM). In the civilian world, Mike has worked in Alabama, Florida and New York as a paramedic/critical care paramedic for a variety of ALS transport agencies. He holds NREMT-P and CCEMT-P certificates as well as BCLS/ACLS/PALS instructor certificates from the AHA, and is a doctoral candidate in public health.